5 things to know before the stock market opens Friday, August 26 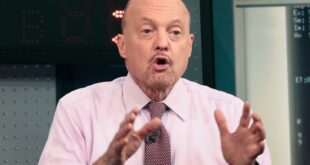 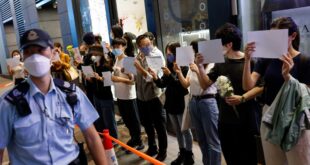 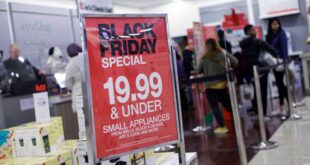 Here are the most important news items that investors need to start their trading day:

The whole week was building to this point. Fed Chair Jerome Powell is slated to speak at 10 a.m. ET from Jackson Hole, Wyoming, and the entire investing world will be listening. Investors are keen to hear how hawkish he will sound when discussing the Fed’s next moves in its fight against rampant inflation. The central bank’s main policy-setting committee is expected to raise rates by another three-quarters of a point next month, but markets are looking for clarity about what Powell and crew will do beyond that. But, as CNBC’s Patti Domm writes, it’s unlikely the market will hear what it wants from the Fed honcho.

Traders work on the floor of the New York Stock Exchange.

Markets looked headed for a downbeat Friday opening as they await Powell’s remarks later in the morning. Stocks had a winning Thursday, but they are poised for a second consecutive losing week as the summer rally runs out of steam. Earnings reports have practically dried up, too, with no major names set to weigh in Friday. Gap, however, is doing well in off-hours trading after it reported its quarterly results and withdrew its guidance for the year following the closing bell Thursday. “Overall, it remains a really attractive moment to invest in equities. Underlying company performance is strong for the highest quality companies, and multiples are down because of macro fears,” Upholdings portfolio manager Robert Cantwell told CNBC.

Signs mark a Bed Bath & Beyond store in Somerville, Massachusetts.

Investors still interested in Bed Bath & Beyond after meme stock maven Ryan Cohen dumped his stake last week will get an update next week on how the company plans to shore up its finances and attempts to win back customers. The Wall Street Journal has reported that the home goods chain is close to securing a $400 million lifeline from Sixth Street Partners, which has lent to other distressed retailers, like J.C. Penney. It’ll be tough for Bed Bath to pull off a turnaround, even if it strengthens its balance sheet, since inflation-pinched shoppers are buying more groceries and fewer discretionary items.

4. A first for Chipotle

Prices at Chipotle Mexican Grill are up roughly 4% to cover the cost of raising the chain’s minimum wage to $15 an hour. Pictured, Chipotle employees in Houston.

The labor movement scored a big win Thursday in Michigan, where workers at a Chipotle restaurant voted to unionize with the Teamsters. It’s the first of the Mexican chain’s locations to do so. “The Teamsters have these workers’ backs. They’re going to have a union they can be proud of, that knows how to get things done,” said the president of Teamsters Local 243. The company, meanwhile, told CNBC it is “disappointed” in the development. Chipotle has five days to file objections. The vote came weeks after the chain permanently closed a restaurant in Maine following employees’ decision to file for a union vote.

5. Redacted Trump affidavit on the way

We should get more insight into why the FBI obtained a search warrant to seize several boxes of documents from former President Donald Trump’s Mar-a-Lago home in Florida earlier this month. A federal judge ordered the Justice Department to release a redacted version of the affidavit used to justify the search. Authorities had warned that unsealing the document would reveal too much about the investigation and potentially put witnesses at risk. The document is expected to be unsealed by noon Friday. Read more here. 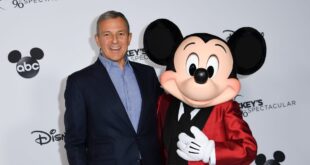