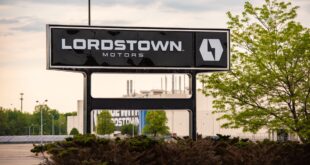 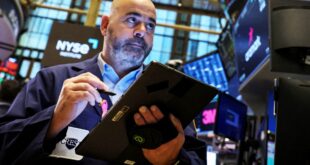 5 things to know before the stock market opens Tuesday, November 29

An array of bitcoin mining units inside a container at a Cleanspark facility in College Park, Georgia, U.S., on Friday, April 22, 2022.

The White House Office of Science and Technology Policy on Thursday warned that cryptocurrency mining operations could hinder the country’s ability to mitigate climate change. It also said federal agencies should consider information from crypto miners and local utilities “in a privacy-preserving manner” to help understand and mitigate the problem.

Crypto operations in the U.S. now consume as much energy as all home computers or all residential lighting, the White House said in a report. The findings come amid mounting criticism over the amount of electricity that crypto mining operations produce.

The process of cryptocurrency mining involves running banks of computers to solve complicated math equations in order to create new coins and validate transactions. Bitcoin, the most popular cryptocurrency, is wedded to this “proof of work” system, although the second-most poplar currency, ether, is moving to a different method that may not require as much energy.

U.S. crypto production represents between 0.2% and 0.3% of global greenhouse gas emissions and between 0.4% and 0.8% of domestic emissions, respectively, though the estimates are uncertain, the report said. Mining crypto produces planet-warming emissions primarily by burning coal, natural gas and other fossil fuels to generate electricity.

This year, crypto mining produced between 110 and 170 million metric tons on carbon pollution across the world and roughly 25 to 50 million metric tons in the U.S. alone, the report said. The process produces electricity by purchasing it from the power grid or by producing and disposing of computers and mining infrastructure.

“Electricity usage from digital assets is contributing to GHG emissions, additional pollution, noise, and other local impacts, depending on markets, policies, and local electricity sources,” the White House said in the report.

“Depending on the energy intensity of the technology used, crypto-assets could hinder broader efforts to achieve net-zero carbon pollution consistent with U.S. climate commitments and goals,” it added.

The report is a result of President Joe Biden‘s executive order in March that called on the government to examine the risks and benefits of cryptocurrencies. The president has pledged to reduce U.S. emissions from 2005 levels at least in half by 2030 and achieve net-zero emissions by 2050.

The report said that global crypto mining emissions are greater than the emissions of many individual countries and equivalent to the global emissions from all barges, tankers and other ships on inland waterways. Additionally, Bitcoin, the world’s largest digital currency by market value, generates approximately two-thirds of global crypto greenhouse gas emissions.