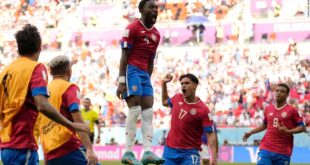 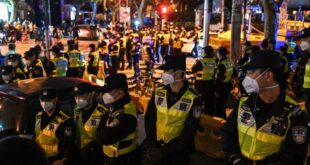 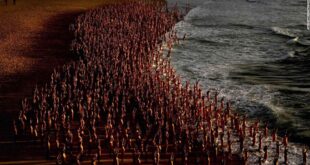 There “ain’t no way” the highest domestic law enforcement agency in the country was keeping tabs on Aretha Franklin – but they were.

The FBI kept a careful eye on the Queen of Soul and her activism, nothing unusual during the civil rights era when the bureau was monitoring a host of the movement’s luminaries. Franklin was best known for her sturdy catalog of R&B and gospel hits, but the file shows her possible affiliation – both real and perceived – with Communist and Black liberation organizations was a regular focus for federal agents. Franklin died in 2018.

Though the documents are redacted, the agents and investigators seem to conclude there was no cause for alarm, despite the extensive monitoring. The file also outlines death threats and an extortion attempt targeting the singer, as well as a copyright infringement lawsuit.

The FBI press office has no additional information on the 270-page file, it says, but Jenn Dize, founder of Courage News, said she obtained the records in a Freedom of Information Act request. The journalist, who says she “frequently report(s) on abuses of alphabet agencies, especially as related to the civil rights movement,” requested the documents in 2018, she wrote in a Thursday tweet.

Despite the allegations, the document states there is “no additional pertinent information” on Franklin.

Those documents followed years of reports on the beloved songstress. In 1967, a classified memo titled, “Communist infiltration of Southern Christian Leadership Conference internal security,” stated “a weekly Atlanta Negro newspaper” reported Franklin would perform at the SCLC’s 10th anniversary banquet. The SCLC at the time was helmed by the Rev. Martin Luther King, another popular target of FBI monitoring.

Days after King’s assassination, the bureau expressed concern that Franklin, Sammy Davis Jr., Marlon Brando, Mahalia Jackson and The Supremes were scheduled to perform at a memorial concert, and that some of the entertainers “have supported militant black power concept and most have been in forefront of various civil rights movements.”

It further states that “(Student Nonviolent Coordinating Committee) members felt the performance by these prominent entertainers would provide emotional spark which could ignite racial disturbance this area.” The SCLC later decided against holding the memorial service, the document states.

Her father, the Rev. C.L. Franklin, also drew the FBI’s attention after he denounced England and praised Communist China at an August 1968 SCLC event. According to the FBI document, the SCLC had “taken a ‘hate America’ and ‘pro-Communist’ line, which the mass of Negroes will not recognize but which they will blindly follow.”

In following years, federal investigators would also look into: Franklin’s and fellow singer Roberta Flack’s contracts with Atlantic Records; an August 1968 “melee” that erupted at Denver’s Red Rocks amphitheater after Franklin declined to perform; and her alleged connections to the BLA and Black Panther Party.

A January 1972 memo says a confidential informant provided a phone number obtained by Black Panthers, and via a “pretext telephone call” – a trap in which law enforcement uses an informant to convince a suspect to say something on a recorded line – “it was determined that Cecil Franklin is the father of Aretha Franklin, noted Negro singer and entertainer, and a Mrs. Owens is her manager. No further investigation is being conducted by the Los Angeles Office concerning Aretha Franklin.”

The bureau concedes in a May 1973 document that two sources, whose names are redacted, told authorities that, to their knowledge, Franklin had never been connected to “any radical movement.”

“In view of the fact there is no evidence of involvement by Miss Franklin in BLA activities and in view of her fame as a singer, it is felt that it would not be in the interests of the Bureau to attempt to interview her,” explains the letter addressed from a New York FBI agent to then-acting Director William Ruckelshaus.

CNN has reached out to Franklin’s estate.

News of Franklin’s FBI files comes days after Micky Dolenz, the last surviving member of The Monkees, announced he was suing the bureau to release any files it has on him or his former bandmates. CNN has also reported on other surprising figures – ranging from blind activist Helen Keller to rapper Tupac Shakur – on whom the FBI has kept files, and the FBI’s civil rights files provide a who’s who of the movement.

Here are some highlights from those archives:

A leader in the Student Nonviolent Coordinating Committee and the Black Panther Party, Carmichael was a constant cause of concern for the feds – as more than 200 pages in his FBI file can attest. A memo from a redacted sender to then-FBI Director J. Edgar Hoover states, “Mr. Carmichael advocates murder and riots as the means of establishing ‘black power,’ which means, as I understand it, the elimination of ‘whites.’ We both know that to eliminate something is to get rid of it, to remove it, to do away with it. To eliminate the white element of our country would be to get rid of practically the whole population.”

An icon of the labor movement, his FBI file spans more than 2,000 pages. In one memo, it states, “Chavez refuses to answer any questionnaires directed to him by Credit Bureaus or similar organizations. He has openly been called a Communist at Delano City Council meetings; however, (redacted) does not possess any definite information in this regard. He does believe that Chavez associates with ‘left wing’ type individuals and is known to distribute the ‘People’s World’ from his office at Delano, free of charge.”

Despite being the author of two dozen books on civil rights, Africa and history, the FBI had more than 500 pages on the highly respected sociologist, with a focus on his socialist leanings. A file stamped confidential says that, according to Du Bois’ autobiography, “Dusk of Dawn,” the author refers “to the basic negro creed, ‘We believe in the ultimate triumph of some form of socialism the world over; that is, common ownership and control of the means of production and equality in incomes.’”

The National Women’s History Museum describes Hamer “as one of the most important, passionate, and powerful voices of the civil and voting rights movements,” and the US Justice Department was definitely keeping tabs on her work, even if it often misspelled her name as Fanny Hummer.

A June 1963 memo outlines her and other activists’ arrest for sitting in the white section of a Greyhound bus and at a whites-only lunch counter in Winona, Mississippi. Hamer told authorities it was two days before she was informed of her charges – immoral conduct and resisting arrest – during which time two Black inmates beat her with a blackjack on the orders of a state policeman, while a “third white male in the cell struck victim with his hand in attempt to quiet her screaming when being beaten by the prisoners.” She was eventually released on a $200 bond, the equivalent of almost $2,000 today.

Police killed the Black Panther leader while he slept in 1969, as chronicled in “Judas and the Black Messiah.” It was three years before anyone faced trial (a prosecutor and 13 others were acquitted) and more than a decade before the raid’s survivors received a seven-digit payout. Yet the week after Hampton’s killing, Hoover received a letter from a redacted sender, saying, “There are disturbing indications that the Chicago Police murdered Fred Hampton in cold blood. … If Hampton was indeed murdered in his bed, then the murderers must be brought to justice, all the more so if they were police. What is your office planning to do?”

The NAACP’s first Mississippi field secretary was assassinated by a white supremacist in 1963. Among the items in the lengthy file on the civil rights icon was a report the week before Evers’ slaying, stating he feared his NAACP and home phones had been tapped. “Suspicions aroused due to unusual amount of static, a feeling as if he were listening in a vacuum, unusual noises, muted voices and a hollow sound as if someone were listening,” the document states.

Hoover seemed to loathe Martin Luther King and tracked his every move. The then-FBI director once wrote of the civil rights icon’s meeting with the pope, “I am amazed that the Pope gave an audience to such a degenerate.” Hoover even oversaw an FBI plot to neutralize King.

King’s wife, Coretta, was not immune from such scrutiny. A memo reviewing one of her books questioned the authenticity of her demeanor, and following her husband’s death, the FBI’s Atlanta bureau suggested an operation to keep watch over her “in the event the bureau is inclined to entertain counterintelligence action.” The bureau also fretted about “the continuous projection of the public image” of Coretta King and her late husband.

Malcolm X, as he was better known, was the subject of FBI surveillance from 1953 until his assassination in 1965, an effort outlined in a file containing thousands of pages under his birth name and his sobriquet – but the bureau was watching his wife, too, even after the Muslim minister was killed.

A 1965 Justice Department memo details her “foreign travel” and warns that an Amsterdam News article months earlier reported, “The possibility of a split in the ranks of followers of the late Malcom X Shabazz loomed heavily this week as Malcolm’s widow, Mrs. Betty Shabazz, was on her way to Mecca for the annual Moslem pilgrimage during the Hajj.” Another article cited by the FBI speculates that her trip was “sponsored by several African nations.”

One of the greatest baseball players to ever swing a bat, Robinson also knocked down the barrier that kept African Americans from playing big-league baseball. But a decade after his retirement, the FBI paid close attention to his activism on behalf of James Meredith, who was shot four years after segregating the University of Mississippi.

Years earlier, a 1958 memo cited an article in the People’s Voice reporting that Robinson “had accepted chairmanship of the New York State organizing committee for United Negro and Allied Veterans of America,” noting that both the newspaper and the UNAVA had Communist ties, with the latter accused of being “a communist front ‘to provoke racial friction.’” 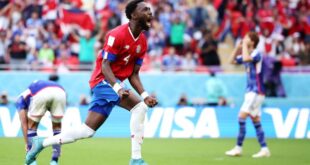