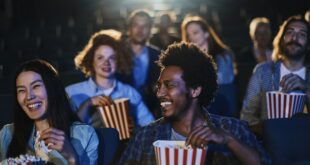 Fire arms are seen at the Bobâs Little Sport Gun Shop in the town of Glassboro, New Jersey, United States on May 26, 2022.

Gun law advocates are praising a decision to adopt a new sales code for transactions at gun stores, a move they had urged to help flag suspicious purchases.

Last week, the International Organization for Standardization (ISO), which sets standards for payment transactions, approved the special merchant code for credit and debit card transactions at U.S. gun stores. Then over the weekend, Visa, MasterCard, and American Express said they would begin using the new code.

John Feinblatt, president of Everytown for Gun Safety, said the move is a critical first step toward giving banks and credit card companies the tools they need to recognize dangerous firearm purchasing trends − such as a domestic extremist building up an arsenal — and report them to law enforcement.

A merchant category code indicates the types of services or goods sold to consumers. Previously, gun store sales were categorized as “general merchandise”.

The attorneys general of New York and California and Massachusetts Sens. Elizabeth Warren, D-Mass., and Ed Markey, D-Mass., were among the other notable figures who supported the effort. In New York, dozens of lawmakers had sent letters to the leaders of major credit card companies, urging them to adopt the code.

“When you buy an airline ticket or pay for your groceries, your credit card company has a special code for those retailers. It’s just common sense that we have the same policies in place for gun and ammunition stores,” New York City Mayor Eric Adams said to the Associated Press over the weekend.

In a statement, the National Rifle Association said the move “is nothing more than a capitulation to anti-gun politicians and activists bent on eroding the rights of law-abiding Americans one transaction at a time.”

“This is not about tracking or prevention or any virtuous motivation – it’s about creating a national registry of gun owners,” the statement said.

Mastercard said that it will work to protect “all legal commerce” and “the privacy and decisions of individual cardholders” on its networks. American Express and Visa, the world’s largest payment processor, also committed to implementing the new code.

“Following ISO’s decision to establish a new merchant category code, Visa will proceed with next steps, while ensuring we protect all legal commerce on the Visa network in accordance with our long-standing rules,” Visa said in a statement.

“These new merchant codes will help banks and financial institutions track suspicious and potentially illegal gun purchases,” said a statement from Shannon Watts, founder of Moms Demand Action, which advocates for public measures that can protect people from gun violence.

Amalgamated Bank and the California’s teachers’ pension fund were also among those who heavily campaigned for the new code.

In a press release Friday, Priscilla Sims Brown, president and CEO of Amalgamated Bank, said the code “will allow us to fully comply with our duty to report suspicious activity and illegal gun sales to authorities without blocking or impeding legal gun sales.”

Walmart and Dick’s Sporting Goods, which both allow gun sales at some of their U.S. stores, did not respond to requests for comment Monday.