Lake Fairview: A middle school student is missing and another is hospitalized in Florida after possible lightning strike causes rowing vessel to capsize 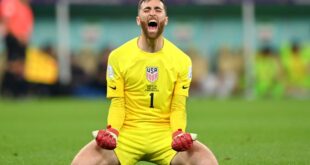 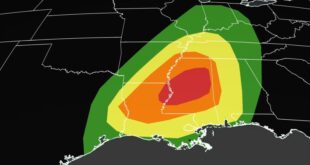 Tornadoes: A ‘particularly dangerous situation’ tornado watch has been issued for 3 southern states

Search and rescue efforts are underway after lightning struck near a middle school rowing club practicing at an Orlando lake Thursday, causing the boat to capsize and leaving one student missing and another hospitalized, officials said.

Five middle school students were practicing near the North Orlando Rowing Complex in Lake Fairview when the lighting struck, and crews responded to the scene before 6 p.m., Orlando Fire Department Executive Deputy Chief Ian Davis said during a conference. Officials are unsure whether the lightning struck the vessel or near the vessel.

The Orlando Dive team is on the scene performing a “rescue mission” to locate the missing student, according to Orlando Fire Department spokesperson Jennifer DeSantis.

Officials are “going to use every diver that we have to see if we can locate the missing child,” Davis said.

“If I have fresh divers, I’m going to keep on searching,” he added.

One of the five students aboard the boat was taken to a hospital, and the three other students were treated at the scene and released to their parents, Davis said. Authorities have not released the ages of the victims.

According to radar near the lake, at least four lightning strikes in total happened between 5:46 p.m. and 6 p.m. The storms had developed south of Tampa.

Florida is known to be the “lightning capital” of the country, with more than 2,000 lightning injuries over the past 50 years, the CDC says.

CNN has reached out to Orlando Public Schools and the North Orlando Rowing Complex for further information. 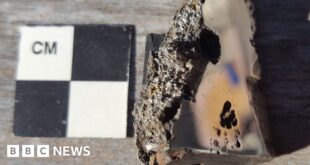