Lloyd’s of London is digitally transforming through the front door 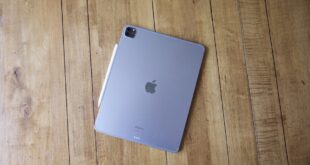 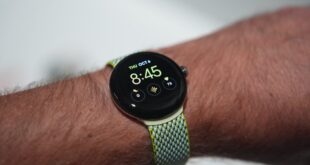 Cyber Monday 2022 smartwatch deal: Google Pixel Watch is $50 off for the first time 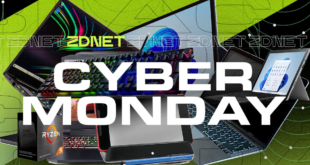 Lloyd’s of London’s joint venture with DXC Technology is modernising the organisation by digitising its largely paper-based analogue processes through cloud computing and the transformation of about 100 core business applications.

This is part of the overriding Future at Lloyd’s programme set up in 2019, and will digitise the market “to make it better, faster and cheaper”.

The 330-year-old organisation, which has its roots in maritime insurance, still relies on manual, paper-based data inputs and has built up a complex web of systems over many years. Its goal is straight-through processing, which begins with digital data inputs replacing manual, paper-based processes. This would mean a high level of automation from the input of  contract data to the provision of insurance.

Lloyd’s of London, which employs 47,000 people, comprises about 400 insurance companies that underwrite the risk for businesses seeking insurance and re-insurance.

In 2019, when plans for the Future at Lloyd’s programme were announced, Lloyd’s of London CEO John Neal said technology and data analytics were a core part of the organisation’s modernisation. That year, Lloyd’s secured £300m to fund the digital transformation. The Future of Lloyd’s programme saw its first blueprint published in in September 2019 and its second just over a year later.

In January this year, in what was described as a “pivotal moment” in the programme, a contract was signed with DXC Technology to “digitalise, streamline and fully automate processing for the Lloyd’s of London market”.

The DXC Technology and Lloyd’s of London joint venture running the tech in the programme is 50% owned by each company. It has 350 people working on the transformation programme, and about 1,500 IT staff in total delivering IT services to Lloyd’s of London. It already provided IT services to Lloyd’s and its structure was acquired by CSC when it took over Xchanging, the incumbent IT supplier, in 2016. CSC then came together with HP Enterprise to form DXC a year later.

Joe Rodgers joined as chief technology officer for the joint venture in 2019. With a background in digital transformation, Rodgers set to work ensuring that the tech was in place to enable Lloyd’s of London to meet its Future of Lloyd’s programme goals.

He started with the infrastructure. In any digital transformation, cloud infrastructure is a prerequisite and while Lloyd’s of London’s IT teams were using private clouds, it soon became apparent that more could be gained by using public clouds.

Rodgers’ experience in digital transformations triggered this. “We had started off with a cloud platform to mainly support development and test workloads,” he said. “This was originally planned to sit in the datacentre. I came in and we looked at putting the capability into Amazon Web Services’ cloud and we did work to adopting cloud for their core set of services.

“Lloyd’s also picked up on that in the blueprint and looked at moving in a public cloud-hosted direction. After taking on the role, we started developing a platform for full production on AWS.”

This laid the groundwork for the next step, which would see the introduction of a high level of automation with as near to straight-through processing as possible.

Rodgers said the full digital transformation needed to be “a greenfield ground-up rethink of the entire service” that needs to be based on “digital data as the input”.

While the cloud provides the infrastructure to support the transformation, the next step towards straight-through processing is receiving data in digital, rather than paper format.

“The core input into the system is analogue at the moment, with paper copies of contracts scanned in, so we have systems managing this documentation,” said Rodgers. “These documents are used to drive a fairly manual business process for claims.

“If it is a manually scanned document, then I can’t really automate that process, because it requires human cognition to figure out the details of the insurance contract.”

He said capturing the contracts in a digital form is fundamental to the automation of that process, making it possible to bring in a high level of automation and straight-through processing.

“We will get a high level of automation, but it won’t be 100% because some of the insurance contracts are really highly complex and bespoke,” he added.

As is typical in the finance sector, Lloyd’s of London is an early adopter of IT, with challenges in replacing legacy technology. It has a set of mainframe applications sitting at the heart of it and it is batch process-driven. Rodgers said these are older generations of technologies and a gradual incremental automation of business processes with different systems has been added over time. “This has created a heavily complex IT estate,” he added.

The main systems in the Lloyd’s insurance market are a premium processing system, the claims handling system and a centralised settlement service. The project will see the transformation of more than 100 business applications.

The transformation will be wholesale and will not just modernise the broker-side processes or those of the insurance companies. To this end, there are a lot of businesses that will be required to change their processes, which means a gradual introduction of changes will be possible.

“We need to deliver it as a transition of service and we can’t expect all the participants to be able to do a huge transformation in one go and move to the digital state,” said Rodgers. “We are able to support transitional services and we will still support the interfaces that participants use today.

“Some parties might continue using transitional services, but they won’t get the full benefits.”

Rodgers said those that move to digital interfaces will have to make changes to be able to provide digital messaging/inputs, but they will get more of the benefits of straight-through processing, with lower costs.

Previous RPA’s day has come – the intelligent evolution of a productivity bot
Next Analysis: A new deadline and critical questions bear down on judge in Trump documents case

As a Black Friday and Cyber Monday staple, Newegg is offering loads of deals on …