Opinion: What all this ‘Don’t Worry, Darling’ drama is really about 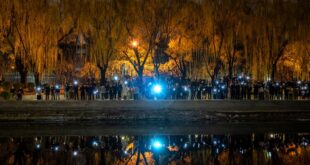 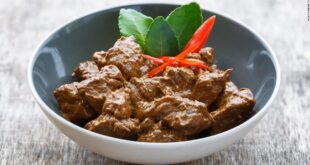 Satay and sambal: 12 foods every Indonesia visitor needs to try 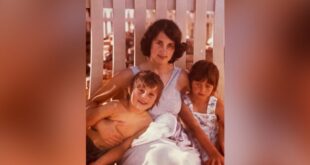 Marion Barter: The search for a missing mother surfaces claims of her lover’s ‘life of deceit’

Editor’s Note: Holly Thomas is a writer and editor based in London. She is morning editor at Katie Couric Media. She tweets @HolstaT. The opinions expressed in this commentary are solely those of the author. View more opinion on CNN.

Hunger is a sly thing. Sometimes, it announces itself ostentatiously – a stomach growling or a mouth watering at the scent drifting out of a neighbor’s kitchen. On other occasions, we don’t truly appreciate its urgency until we take our first, long-overdue bite of pasta dripping with sauce. The “Don’t Worry, Darling” drama that’s dominated the Hollywood news cycle for the last fortnight is just such a dish, and to judge by the fervor with which we’ve devoured every morsel, we were starving for it.

How did we work up such an appetite? I have a theory. In the UK, where I live, the summer months when school was out and Parliament was in recess used to be referred to as the “silly season,” because serious news was so thin on the ground. Now, here and everywhere else, silly season is a thing of the past. Cataclysmic headlines are quotidian, no right or joy seems guaranteed, and the future looms foreboding and uncertain. It is always winter, never silly season – and its absence has left a void that demands to be filled by nonsense.

For those of you who’ve been unable to keep up with the rolling spectacle, here’s the gist. “Don’t Worry, Darling” (whose distributor, Warner Bros. Pictures, is owned by CNN’s parent company and which will open in theaters September 23) is a thriller directed by Olivia Wilde, starring Academy Award-nominee Florence Pugh, and beautiful singer-cum-prince of the zeitgeist, Harry Styles. Shia LeBeouf, the film’s original male lead, left the project in 2019 and was replaced by Styles, who was then pictured holding hands with Wilde in January 2021.

By August this year, speculation of a feud between Pugh and Wilde had gathered momentum, as had a rumor that Wilde’s attention on set was diverted by the presence of her apparent lover, Styles. Wilde’s public account of LeBeouf’s dismissal was then soundly contradicted by screenshots shared by LeBeouf that appeared to depict Wilde begging him to return, and dismissively referring to Pugh as “Miss Flo.” Pugh then showed up later than the rest of the cast to the film’s premiere at the Venice Film Festival, where Harry Styles may-or-may-not have spat on co-star Chris Pine’s lap. CNN has reached out to representatives of all the actors for comment; a representative for Pine told People, “Just to be clear, Harry Styles did not spit on Chris Pine. There is nothing but respect between these two men and any suggestion otherwise is a blatant attempt to create drama that simply does not exist.”

Stripped to the essentials, no element of this saga is that big of a deal. No twist of it is uniquely sensational, or irresistibly funny, and if we’re being honest with ourselves, the precise trajectory of Styles’ saliva is not seismic enough to merit entire think pieces devoted to it. Yet over the last week, I’ve seen people who typically take no interest whatsoever in celebrity news chew over every detail, declare which of the parties they’re backing, and speculate on potential next moves with a focus Sun Tzu would be proud of. On the face of it the fuss is absurd, but taken in context, it makes perfect sense.

The human brain only has so much capacity for weighty, consequential information, and the last several years have been so saturated with major news events as to render the word “unprecedented” punctuation. For decades, we added the suffix -“gate” to the political scandals that stood out, because Watergate remained the bar against which all subsequent transgressions were measured. Then in 2016, real estate heir, former TV host and many, many-time litigant Donald Trump was elected president, and the events that followed shattered the ceiling (or rather, the floor) of what was believed possible in modern American politics.

Alongside this, the world as we knew it was upended by the coronavirus pandemic, and much of the human contact – and shenanigans – that would usually have provided distraction from the news cycle was stripped away. For months, I remember meeting up for chaste socially distanced walks with friends, desperate for even a whiff of vicarious hijinks, only to swap status reports on our appalling mental health and “Real Housewives” binges. Months later, the scars lockdown left on so many relationships are still in evidence, and the low-stakes gossip that brightened our lives is in vanishingly short supply.

Our intimate lives aside, even since the pandemic took a back seat, the volume and urgency of the daily news has remained at a constant, deafening scream. In the UK, a cost of living crisis is set to drive millions into penury, and we’ve just lost a monarch who’d reigned since Winston Churchill’s government. In America, the definition of life itself is on the line in the wake of Roe’s reversal, and the theft of lives by gun violence is occurring with a rapidity that wrenches the heart and churns the stomach.

Agreeing on a productive, morally sound way forward is apparently impossible, and the rights and wrongs of every option are tearing families, friendships and neighborhoods apart. Record heatwaves, a Russian war in Ukraine, melting ice caps and election conspiracies vie for the top spot on news homepages every morning, and every element of every story offers a potential wellspring of discord and heartbreak.

While we might once have expected some light relief, or at the very least mundanity, in between generation-defining stories, scarcely a week has passed in the last several years without an event that could comfortably populate a whole semester of history classes. The nature of those stories – from the virus that shut us away, to the agonizing abortion and gun debates – is such that even our day-to-day is less fun, less playful than it used to be.

We’re hard-wired to keep scrolling, and the volume of information we consume is at an all-time high, yet we cannot live on calamities alone. Years deep, we’re hungry for lightness, for froth, for something to talk about that won’t leave the faintest material imprint on our lives. Then, finally, that thing arrived. Don’t Worry, Darling. Not everything has to matter so much.

Previous Emmy awards: Real-life locations behind ‘Stranger Things,’ ‘Ted Lasso,’ ‘Ozark’
Next Everything we learned about Disney’s plans for Lucasfilm at the D23 Expo 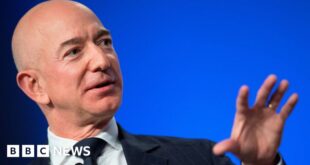 The Levers permitted a pub among the tied houses of Port Sunlight, but it was …