Premarket stocks: The Fed could crash the housing market 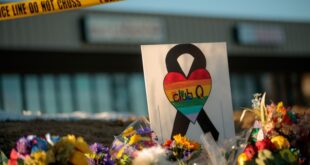 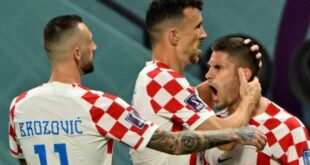 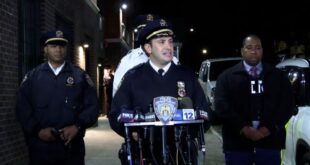 A version of this story first appeared in CNN Business’ Before the Bell newsletter. Not a subscriber? You can sign up right here. You can listen to an audio version of the newsletter by clicking the same link.

Investors are getting spooked that the Federal Reserve’s aggressive interest rate hikes could damage the US economy (just look at Tuesday’s selloff).

One area of growing concern: housing. Interest rate hikes can lead to higher mortgage rates, which could cause people to think twice about buying a home.

So far, sales are slipping, while prices are holding steady. But some economists warn continued historic rate hikes by the Fed could risk crashing the housing market, underscoring the difficult task ahead for the central bank.

What’s happening: According to Tuesday’s Consumer Price Index report, housing costs rose 0.7% in August and are up 6.2% year-over-year, the largest increase since 1991.

That increase was largely responsible for August’s higher-than-expected pace of inflation. Combined with a tight labor market, those high prices give the Fed reason to continue to go hard at its policy meeting next week and beyond, Marvin Loh, senior strategist at State Street, told me.

The Fed needs to see housing costs ease by about half a percentage point to reach its ultimate inflation goal, Loh added.

The job won’t be easy. Housing prices can remain stubbornly high, even as the Fed works to counteract them.

Housing prices are “the type of sticky inflation that will not ease anytime soon,” Joseph Brusuelas, chief economist at RSM US, told me. “It’s why the Fed will need to demonstrate a show of resolve by increasing the policy rate by 75 basis points at its September meeting despite the encouraging declines in transportation and energy.”

The risks: Some economists are noting weakness in the housing market starting to peek through. Home sales declined in July for the sixth month in a row. Housing starts, a measure of new home construction, also plunged that month as the cost of building supplies remained high and prospective buyers were priced out of the market.

So should the Fed keep up its historic hikes? The central bank must walk a careful line — a housing slowdown has preceded nine out of the past 12 recessions, and investors haven’t forgotten America’s catastrophic housing crisis in 2008.

Keep in mind: Although there are some reasons to suggest the CPI report on housing lags what’s actually going on in the market, and that housing prices could already be on their way down, we’re nowhere near a market collapse.

Still, Federal Reserve officials will face a tough decision in the coming months. Do they use the housing market’s resilience as a mandate to push forward with aggressive rate hikes and risk a crash?

Gas prices are easing in the US. But winter is coming and the CEO of Chevron, one of the world’s largest energy companies, is warning that relief at the pump could soon be offset by sweat-inducing heating bills.

Chevron Chairman and CEO Mike Wirth said in an interview with CNN’s Poppy Harlow “there’s certainly a risk that costs will go up” for American consumers.

Wirth is not predicting a rise of the magnitude seen in Europe, where natural gas prices have skyrocketed as Russia has limited exports, reports my colleague Paul R. La Monica.

But in an interview that aired Tuesday, Wirth warned that US prices could be “significantly higher” this winter.

Oil prices are still up more than 15% so far this year. That has helped boost sales, earnings and the stock prices of companies like Chevron. Shares of the oil producer are up 36% year-to-date, while the broader S&P 500 is 17.5% lower.

Wirth acknowledged that his company is making large profits while Americans struggle.

“I recognize that high energy prices are difficult for consumers. That’s why we’ve talked about increasing production, trying to increase supply to markets in a commodity business,” he said. “You go through these cycles. Two years ago, we were losing billions of dollars a quarter. Now we’re making strong profits.”

In more doom and gloom on Wall Street, pessimistic fund managers are selling stocks and piling into cash, according to a Bank of America survey published Tuesday.

“Investors’ perception of the outlook for the global economy remains bleak in September,” Michael Hartnett, Bank of America’s chief investment strategist, wrote in the report, which surveyed 212 fund managers with more than half a trillion dollars of assets under management in September.

About 72% of respondents expected a weaker economy in the next 12 months, up 5 percentage points from August. The share of investors saying recession is likely also increased in September to 68%, the highest since May 2020.

Unsurprisingly, Wall Street is bracing for corporate profits to soften and equities to continue to crash, the survey showed. The cash levels investors are holding jumped from 5.7% last month to 6.1%, their highest level since the September 11 attacks in 2001.

The August Producer Price Index, another key measure of US inflation, is released at 8:30 a.m. ET.

Coming tomorrow: Attention will turn to a meeting between Russia’s Vladimir Putin and China’s Xi Jinping.

Previous Demi Lovato says her current tour will be her last
Next ‘Bros’ Tickets Now on Sale: Watch Exclusive “A Look Inside” Featurette 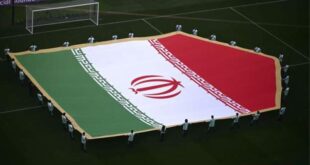 Iran are second in Group B and play the United States on Tuesday Host nation: …