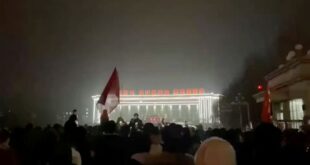 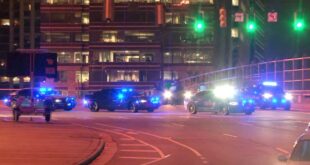 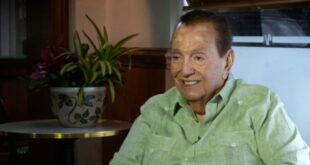 The 23-time grand slam winner was photographed on a sunset beach wearing a Balenciaga gown, with Olympia’s face peeking behind the train of her powder blue dress.

“If I were a guy, I wouldn’t be writing this because I’d be out there playing and winning while my wife was doing the physical labor of expanding our family.

“I’ve been reluctant to admit to myself or anyone else that I have to move on from playing tennis,” she added.

Williams expressed the emotional turmoil of making the decision to grow her family and forgo her dedication to her sport — a predicament that many professional female athletes face during their sporting careers.

“The pain in the article that Serena talked about, people don’t realize it, and I’m glad she’s very vocal about that,” Team USA heptathlete Lindsay Flach says in the opening scenes of the new CNN Film, “Serena Williams: On Her Terms.”

“People don’t realize that you sometimes do have to … pick motherhood over athletics.

“It is hard to choose between one or the other. And it’s definitely very difficult to do both.”

Playing against the odds

Early in her career, Williams learned to thrive in conditions that weren’t built for her to succeed, as a Black female athlete.

Born in September 1981 in Saginaw, Michigan and growing up in the blue collar city of Compton, California, Williams grew up with her older sisters, Venus, Lyndrea, Isha and Yetunde and her mother, Oracene Price. Her father, Richard Williams, started coaching her and Venus when the duo were toddlers.

“Venus and Serena, with the help of their father, knowingly or unknowingly came into tennis unapologetically as they are. Black young girls playing in this White world,” broadcast journalist Cari Champion tells CNN during the documentary.

“He felt like if he could teach his daughters that this White world of tennis is not your friend, and if you can thrive in this world under all circumstances, given the worst and the best, you can do anything in life.”

As the sisters’ tennis abilities bloomed, so did the buzz surrounding their nascent careers.

In 1990, Venus became the top-ranked female player under 12 in southern California, landing the cover of The New York Times and the pages of Sports Illustrated.

In 1991 the family moved to Florida, where both sisters trained with professional coaches for the first time. After playing tennis away from the junior circuit for several years, Williams turned pro when she was 14, a year after Venus.

During her meteoric rise to one of the greatest tennis players of all time, Williams proved that she had the willpower to weather numerous professional and personal challenges.

In 1999, the 18-year-old Williams stunned world No. 1 Martina Hingis in the US Open final to win her first grand slam, marking the dawn of a new era.

“It’s really great news. I’m really doing well, and it’s good news for the minorities and just a different group of people to see tennis, and just see tennis in a different limelight,” Williams said in a post-match interview.

She became World No. 1 for the first time in her career at the age of 20, after beating defending champion Venus at the 2002 Wimbledon final. She subsequently achieved her first “Serena Slam,” by winning all four grand slam titles from 2002 to 2003.

But while she and her family endured racist abuse — most notably at the Indian Wells final in 2001 — they also grieved the death of her older half-sister, Yetunde Prince, who was murdered in Compton in 2003.

In 2006, Wiliams took a break from tennis and fell out of the top 100 in the Women’s Tennis Association (WTA) rankings.

She entered the Australian Open in 2007 ranked 81st, according to the official tournament website. Despite her hiatus, she remained unbeatable and triumphed over Maria Sharapova in the final in 63 minutes, winning 6-1 6-2.

In the coming years Williams added to her tally of grand slam victories, winning her third consecutive US Open title in September 2014 and her seventh Wimbledon title in 2016, tying Steffi Graf for the most singles titles in the Open era.

‘She was on fire’

When Williams entered the third decade of her career, her next goal was breaking Graf’s record for the most singles titles in the Open era.

In 2017, she did just that by beating Venus in the Australian Open final.

“It’s such a great feeling, to have 23. It really feels great,” Serena told reporters during a post-match press conference.

“She was on fire in this tournament. She was just thrashing players,” Rennae Stubbs, former professional tennis player and four-time Olympian, tells CNN during the documentary.

“What I didn’t realize is that she was already pregnant, which is just unreal.”

Flach found herself in the similar situation to Williams when she competed at the Olympic trials in 2021 in Eugene, Oregon 18 weeks into her pregnancy with her son, Rylan.

After announcing her engagement to Reddit co-founder Alexis Ohanian in December 2016, Williams gave birth to Olympia in September 2017 — barely eight months after winning the Australian Open.

In January 2018 she opened up about the numerous medical trials she faced in the weeks after her labor and delivery, telling Vogue: “No one talks about the low moments — the pressure you feel, the incredible letdown every time you hear the baby cry … The emotions are insane.”

Jennie Finch, a former softball player and Olympic medalist, had her first child, Ace, in May 2006. She tells CNN that, like Williams, she found it difficult to grapple with the tidal wave of emotions that came with motherhood.

“Being an athlete, you’re selfish, you know? You’re a fierce competitor. Your whole life has been that way. And then this little child comes in and just takes your heart and steals it away,” Finch says during the documentary.

“All of these, like, soft emotions I feel like that we’re told to kind of suppress. This is it, you’re faced with your heart being torn in two.

“I’m so thankful that I still get to be around the game, and it’s still a big part of who I am and what I do. But it’s different when you truly hang up the cleats for good.”

Taking control of her narrative

In September, Williams’ tennis career likely came to an end after she fell to Australia’s Ajla Tomljanović in the third round of the US Open.

In a moment of serendipitous symmetry, she waved farewell on the court where she won her first grand slam.

“I wouldn’t be Serena if there wasn’t Venus,” she told ESPN in an on-court interview after the match. “She’s the only reason Serena Williams ever existed.”

“To me, Serena is, like, the figurehead of, like, a strong, female athlete. Now, she wants to focus on her family, but it just showed everyone that you can be a mom and still be a top-performing athlete,” WNBA player Napheesa Collier tells CNN during the documentary.

“Growing up, I never thought that I was different because, you know, the number one player in the world was somebody who looked like me,” world No. 12 Coco Gauff has said.

“She’s introduced people that have never heard of tennis into the sport, and I think I’m a product of what she’s done,” four-time grand slam champion Naomi Osaka has also said.

Looking to the future, Williams said she would pivot away from tennis to focus on her venture fund, Serena Ventures. The company has invested in 66 startups, 78% of which were started by women and people of color.

“We’ve watched her evolve into this beautiful, business savvy young woman who is now truly looking ahead and making sure that her career and her legacy is completely narrated by her,” Champion says in the documentary.

“If I didn’t have the passion that I have on the tennis court, I wouldn’t have passion for what I do now.”

Don’t miss the premiere of the new CNN documentary, “Serena Williams: On Her Terms” on Sunday, September 11, at 20:00 ET.

Previous Iga Swiatek vs Ons Jabeur: US Open final set for enthralling clash
Next Delta Air Lines ruined things for richer customers. Then someone had an idea 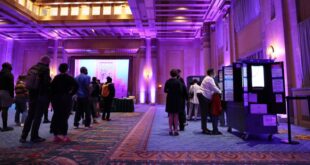