Airlines’ chaotic summer is over. These 5 charts show how it went

Travelers make their way through Orlando International Airport on New Year’s weekend, despite thousands of flight cancellations and delays across United States.

It was a pricey and chaotic summer for air travel.

A bigger share of flights were delayed or canceled during the main late spring and summer travel season, which runs from Memorial Day weekend through Labor Day, compared with the same period of pre-pandemic 2019. Fares surged along with fuel prices and as millions of consumers booked trips after two years of forgoing flights. Domestic round trips averaged $342 between May and September, nearly 11% more than the same period in 2019, according to fare-tracker Hopper.

Labor shortages made it even harder for airlines to recover from routine events. Overambitious carriers trimmed their packed schedules to give their operations more breathing room. Overwhelmed European hubs capped passenger numbers. Even airline employee travel perks were scaled back.

Government agencies and airlines sparred over who was to blame. And on Sept. 1, the Department of Transportation published a dashboard that spells out what customers are owed when airlines delay or cancel their flights.

Fares are finally starting to decline along with temperatures, but vacation travel demand is still strong, executives said this week.

“We’re seeing a really strong September,” Patrick Quayle, United Airlines‘ senior vice president of global network planning and alliances, said at a Cowen industry conference this week. “It does not appear that summer has come to an end. It’s that strong.”

As airlines prepare for the fall — and busy year-end holidays — here’s how they handled the heat this summer:

Passenger numbers this summer surged compared with the past two years. During Labor Day weekend, the Transportation Security Administration screened about 8.76 million people, marking the first holiday weekend since the Covid pandemic began that was busier than one in 2019.

Airlines canceled or delayed a greater share of their flights compared with 2019. Thinner staffing levels and training backups meant they had fewer crew members to step in when scheduled employees like pilots reached federally mandated workday limits.

Operations improved in August and over the important Labor Day weekend for some airlines. Delta Air Lines reduced cancellations by 25% in August compared with July, CEO Ed Bastian said in a staff memo Thursday, which was reviewed by CNBC. Over Labor Day the carrier canceled 15 mainline flights out of 16,636 departures, he said.

Airport delays varied around the country but some of the biggest hubs had greater shares of late-arriving flights, often driven by spring and summer storms.

Traveler complaints to the Transportation Department soared, along with flight disruptions.

Domestic round-trip fares surged this spring, reaching a peak in May of $404, up 25% from three years ago, according to Hopper data. But a drop in prices, combined with a seasonal lull as business travel remains below 2019 volumes, is making for some fall deals.

Domestic airfare is averaging $299 in September, still up 2% from the same month three years ago. And airline executives expect travel demand to spike around the holidays.

“Though we’ll slow down for a bit following the summer peak, the holiday travel season will be here before you know it,” American Airlines COO David Seymour told employees this week. 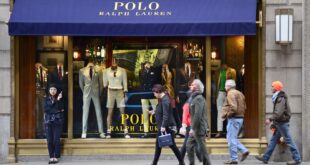