Is this the ultimate Windows docking station? Meet the Accell Thunderbolt 4 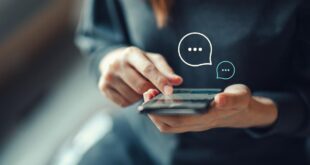 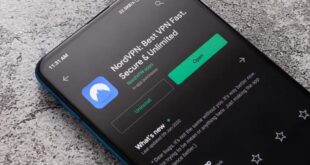 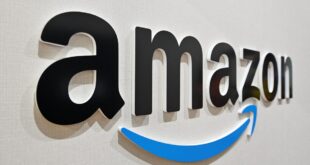 If you’ve never used a docking station like Accell’s Thunderbolt 4 Dock, you’re missing out. Loads of us use a single, often work-provided, laptop when we’re on the go and working from home. The hassle of swapping between these two scenarios means we often find ourselves struggling to get work done on a tiny laptop display with nothing but its built-in keyboard and touchpad. After all, who feels like connecting and disconnecting six or seven cables multiple times a day to take advantage of external monitors and peripherals?

Now, imagine if you could complete all of the same hook-ups, even power, by connecting one, single cable. In this new world of distributed work scenarios we now live in, that kind of convenience can revolutionize your workflow.

The first, most important thing you can know about the Accell Thunderbolt 4 Dock is its expansive port selection. This is one of the two main differentiators between the many Thunderbolt docks on the market. We’ll cover the other a bit further down.

Finding the right docking station boils down to your needs, including what peripherals you want to use, how many of each you own, and what connections your monitors and peripherals require. This will determine if this model is right for you, or if another would better suit your setup. To make this easy for you, I’ve included bulleted lists below.

This doesn’t represent the widest port selection available at this price point, but it should cover the vast majority of users’ needs. This is especially true if one of the displays you’ll be connecting supports video over Thunderbolt, as either of the included Thunderbolt 4 ports can output your PC’s video to external displays.

More: Best monitor 2022: Treat yourself with a gorgeous screen

The 96W of supported power delivery means this tiny dock should also be able to top up all but the most power-hungry laptop, as long as they support charging via Thunderbolt.

This all means that you could connect a laptop to a triple-monitor setup (including the laptop’s own display), with an external keyboard and mouse, and still have enough room for things like USB-connected printers or webcams, as well as analog audio equipment…all by plugging in that single, included Thunderbolt 4 cable.

I tested this scenario using a late model Lenovo ThinkPad and an older model Alienware gaming laptop. All monitors, peripherals, and connected equipment functioned perfectly and took only seconds to fully connect. The setup also included two 4K displays, one connected via DisplayPort and the other via Thunderbolt cable. The Accell dock supports a single 8K (at 30Hz) display, but I didn’t have one handy to test this with.

In short, it all “just works,” and works well…as long as you’re using a Windows-based PC. To be clear, everything but display outputs worked perfectly well on Macs too. But, there’s a caveat when it comes to external monitors. This is where the second of the big considerations I’d advise you to analyze when shopping for a Thunderbolt dock comes in: whether or not it supports DisplayLink.

You can think of DisplayLink as a way to add extra external displays to a PC by creating a software-based GPU, or video card. This virtualized hardware makes it possible to exceed the maximum number of displays your PC could typically support.

This has become so important recently because of Apple. The company’s M1 and M2-based MacBooks only support a single external display. If you connect the Accell Thunderbolt 4 Dock, you can still use a single DisplayPort OR Thunderbolt 4 display. However, attempting to add a second monitor will disable the first.

More: How to connect a second Thunderbolt monitor to your M1 Mac Mini

This, to be clear, is a limitation of Apple’s hardware, not Accell’s. However, there are comparably priced Thunderbolt docks that do offer DisplayPort and will allow you to add more than one external display to an M1 or M2-based MacBook. This dock, unfortunately, will not. Accell itself notes this in its tech specs.

Of course, If you’re a Windows PC user DisplayLink is less vital. Also, if you own a MacBook using an M1 Pro or M1 Max chip (which supports two and four external displays, respectively), it will likely be unnecessary. But, given the massive popularity of the M1 and M2 MacBook air models, it’s something all Thunderbolt dock shoppers should know about.

Ultimately, the Accell Thunderbolt 4 dock is a high-quality option for users with the right operating system and needs, but it’s not something I can recommend for all users, and I’d advise MacBook owners to opt for something else. For them, cheaper, DisplayLink-equipped options would likely be a better choice.

Buying info: If the Accell Thunderbolt 4 Dock sounds like an ideal solution for your situation and the specifical peripherals you use, you can purchase it at Amazon.com for $300 right now. 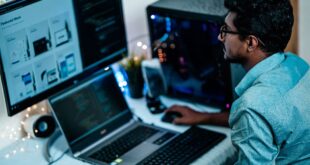