MSG Entertainment explores possible spinoff that would include NY arena

Fans arrive to Madison Square Garden before the game between the Golden State Warriors and New York Knicks on February 23, 2021 in New York City.

The spinoff would consist of the company’s performance venues – including Madison Square Garden, the Hulu Theater, Radio City Music Hall, the Beacon Theatre and the Chicago Theatre – as well as its entertainment and sports bookings, the Radio City Rockettes and the “Christmas Spectacular” production, the company said in a release.

The new company would also control the Garden’s licensing agreements with the New York Knicks and the New York Rangers, along with its regional sports and entertainment networks.

It would leave MSG Entertainment with Tao Group Hospitality, which owns restaurants and nightclubs around the world, and the MSG Sphere business, which encompasses “multi-sensory” performance venues, the first of which is currently under construction in Las Vegas.

Previous Home Depot and Lowe’s cite strong demand, but softening could be ahead
Next China’s heatwave could have knock-on effect on its economy: Economist 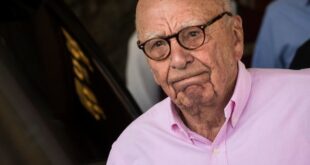